Pablo Picasso: Influential Artist of the 20th Century and Co-Creator of Cubism

Born on October 25 1881 in Málaga Spain, Spanish expatriate painter, sculptor, printmaker, ceramicist, and stage designer, Pablo Picasso was without question one of the greatest and most influential artists of the 20th century. Together with Georges Braque, he also created Cubism.

Cartel: By definition, OPEC is a cartel — a group of producers which tries to restrict output in an effort to keep prices higher than the competitive level.

It no longer sets crude oil prices: OPEC admits to setting crude oil prices in the ‘70s and’ 80s — they would look ridiculous to try and deny it. However, the oil market underwent a transformation in the 1990s and today, prices for crude oil are established according to three markets: 1) The New York Mercantile Exchange; 2) The International Petroleum Exchange in London; and, 3) The Singapore International Monetary Exchange.

This isn’t to suggest that OPEC has no influence on prices; quite the contrary. Prices established by the exchanges are based on supply and demand; therefore any decision OPEC makes concerning restricting production, for example, will have some effect on prices. These decisions, however, can have a direct consequence on profit margin, so it isn’t always in their best interests.

Its practices are considered to be illegal: Simply put: Cartels are illegal in many countries. In the U.S., for example, OPEC is in direct violation of antitrust laws, such as the Sherman Antitrust Act of 1890 — the same act that broke up Standard Oil, American Tobacco and Ma Bell. Antitrust laws don’t criminalize monopolies per se, only if the monopoly is used to eliminate its competition through methods of production or price-fixing.

Ordinarily, U.S. antitrust laws explicitly prohibit dealing with cartels. What makes OPEC so special? Simple: Congress grants OPEC diplomatic immunity from prosecution and in essence treats it as though it were a sovereign nation, even though this is not remotely the case. This status was tested in 1978, when the International Association of Machinists and Aerospace Workers (IAM), a non-profit labor organization in the U.S., filed suit against OPEC under the Sherman Act. In 1981, the U.S. Ninth Circuit Court of Appeals rejected the case, claiming OPEC was protected by its sovereign immunity status.

In 2007, a pair of controversial bills were introduced in Congress designed to amend antitrust laws to include OPEC. If the measures are approved in both houses and the president doesn’t veto it, individuals harmed by OPEC in the U.S. can begin to sue the organization. If this were to happen, few expect OPEC to continue doing business with the U.S.

It isn’t the only game in town: If one only paid passing attention to the media, you might get the impression that OPEC is the only oil game in town. Granted, its member countries control anywhere from two-thirds to three-quarters of the world’s proven oil reserves and over 40% of the globe’s oil production; however, there are other sets of somewhat substantial oil-producing groups.

Originally formed as an agent of the Marshall Plan following World War II, the Organization for Economic Co-operation and Development (OECD) is a vast and all-encompassing organization with all sorts of arms and legs. Of its 30 member countries, a minority are oil producers, including the USA, Canada, Mexico, and the UK. Together they account for about 23% of the world’s oil production.

Additionally, the Russian Federation and a handful of former-Soviet states, such as Kazakhstan and Uzbekistan, are responsible for about 15% of global oil production.

By 1960, Iran, Iraq, Kuwait, Saudi Arabia, and Venezuela had grown tired of exporting their oil and then having to buy it back at higher prices. They formed OPEC to assert their “legitimate rights in an international oil market,” and by the 1970s, thanks in part to strategic maneuvers such as the Arab oil embargo, began to dominate the market.

It’s “customers” see bigger oil prices than its members: Oil taxes by countries that regularly import oil from OPEC, such as the U.S., the UK, Japan, and Italy, are often as much to blame for high oil prices as OPEC. Such taxes allow some countries to see oil-related revenues that are three or four times higher than some OPEC members see from exports. In addition, the production and development of oil requires huge investments, a fact that further chips away at OPEC-member profit margins.

As gasoline prices soar, more and more attention gets paid to OPEC. In the Western press its easily vilified and is a common ”fall guy“ for every issue related to oil and oil prices — not always unjustifiably so.

More than a few people would be pleased to see OPEC’s influence reduced or even made moribund. However, proven oil reserves are defined in the industry as the amount of oil that can be recovered and produced using today’s technologies, and as of 2006, the world total was 1,195,318 million barrels of crude oil; OPEC’s share of that amount was 922,482 million barrels or 77.2% (if you accept OPEC’s figures; hardly everyone does). Thus, unless a drastic change occurs in the energy-consumption habits of much of the world’s oil-hungry population, interest in OPEC is unlikely to recede for some time. 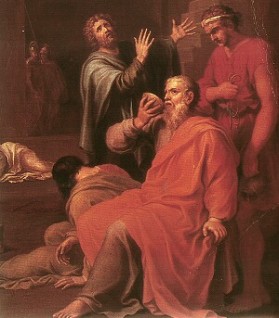