The Pony Express: First Mail Delivery Across the Untamed West

Fun Facts About the Pony Express

To provide the fastest mail delivery between St. Joseph, Missouri, and Sacramento, California. To draw public attention to the central route in hope of gaining the million dollar government mail contract for the Central Overland California and Pikes Peak Express Company. 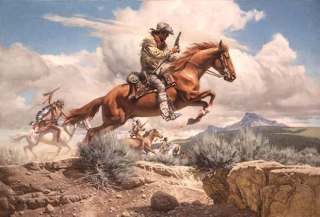 Relay of mail by horses and riders. The Pony Express ran day and night, summer and winter.

183 men are known to have ridden for the Pony Express during its operation of just over 18 months.

Ad in California newspaper read: “Wanted. Young, skinny, wiry fellows. Not over 18. Must be expert riders. Willing to risk death daily. Orphans preferred.” Most riders were around 20. Youngest was 11. Oldest was mid-40s. Not many were orphans. Usually weighed around 120 pounds.

Horses traveled an average of 10 miles per hour.

Pony Bob Haslam rode 370 miles (Friday’s station to Smith Creek and back. This is in present-day Nevada.)

William Russell, Alexander Majors, and William Waddell. The company was the Central Overland California and Pikes Peak Express Company. The Pony Express was a subsidiary of the famous freight and stage company.

Financially, the owners spent $700,000 on the Pony Express and had a $200,000 deficit. The company failed to get the million dollar government contract because of political pressures and the outbreak of the Civil War.

One mochila lost and one rider killed. Location, date and names have not been verified. [Mochila is Spanish for the leather saddlebag with four locked pouches.]